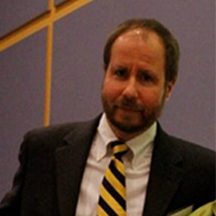 Lyme disease patients were gratified to hear that Dr. Phillips reopened his
practice on September 1, which he had shuttered in June of 2011 due to a
serious medical problem. This past September, over fifty attendees gathered
at the Ridgefield RVNA to welcome him back and ask questions.
Dr. Phillips has been a proponent of treating stubborn cases of Lyme disease
with longer, more intensive courses of antibiotics. His long list of
accomplishments include being well published in the medical literature on the
topic of Lyme disease; giving numerous testimonies in Connecticut, New York,
and Rhode Island as a Lyme disease expert; and being a past president of The
International Lyme and Associated Diseases Society (ILADS). He has extensive
experience not only in the management of Lyme disease, but also with its
other associated vector-borne infections. An internationally known physician
and researcher, he has treated patients from over twenty countries. Dr.
Phillips has said that while incapacitated, he time spent a great deal of time
reading and researching, and he returns to work with an open mind and an
increased empathy for patients.

Recently, he spoke with the editor about his approach to treating Lyme
disease:
Can you tell me how you approach the diagnosis and treatment of Lyme and
coinfections?
In order to make a diagnosis of Lyme and its associated diseases, you have to
look for a progressive, multi-system illness. What are the pattern and the
breadth of symptoms and how long have they been going on; these are the
clinical clues. Then you look at the laboratory data. Just to rely on lab work is
a nightmare because there is variability and lack of sensitivity across many
domains. You also use ancillary tests for inflammation and disease: Sed Rate
and CRP and various autoimmune markers that show up with Lyme and
coinfections. An example of an immunologic marker would be the CD-57
natural killer assay. There are a lot of tests you can do besides simple
antibody tests and PCRs, so if you can’t actually detect the presence of these
infections, you can look for their weight, that is, the effects of the infections
on the body.

If there are mixed test results but the clinical presentation suggests Lyme,
what do you do?
If the clinical presentation is suspicious and I think the person has Lyme, the
person deserves treatment. By and large, the drugs used are safer than many
others used empirically by doctors. Given a risk-benefit analysis, something
like doxycycline is a good equation. I will do an empirical trial – a therapeutic
trial that helps in diagnosis. If a person responds dramatically to antibiotics,
you have part of your answer.

What do you do when a patient doesn’t respond to treatment with a
Herxheimer reaction?
Again, you look at the breadth of the clinical symptoms. Babesia effects red
blood cells, whereas Lyme effects many different types of cells. So, Babesia
shouldn’t be causing peripheral neuropathy or white spots on the brain. With
Babesia, you shouldn’t have cardiomyopathy. But, patients can have elevated
liver enzymes and anemia and fever and muscle aches and generalized flu-like
symptoms. Does the breadth of symptoms go outside of the spectrum of
where say, Babesia and Ehrlichia might be? Babesia is isolated to red blood
cells but Ehrlichia is isolated to white blood cells. Then you have Bartonella,
which effects endothelial cells and white cells, and then there’s Lyme, which
effects any cell in the body. Lyme has the broadest clinical presentation of
the infections we’re discussing.

Has your approach to treating Lyme changed since you began your practice in
1996?
When I was first treating, I didn’t think Bartonella was an issue. Some doctors
only treat Bartonella if a patient has AIDS or is immune compromised. When
you think about it - what is Lyme doing to your system? There is a measurable
decrease in killer cell activity with Lyme and that contributes to the
pathology.
Now I take Bartonella much more seriously. Also, when I was younger I
believed in treating patients maximally, blasting these infections hard. But a
lot of people are very frail and can’t tolerate this. Some Herxheimers can
make people so sick they feel like they’re dying. So now I slowly ramp up
dosages.

Do you use any supportive therapies?
Previously I was a strictly allopathic doctor. But I was away from practice for
a couple of years and since I couldn’t do anything but read I’ve searched
everything. Now I know more about alternative treatments. Actually, before I
went out on disability I received funding and approval to study the effects of
Rife machines on the body, specifically if they damage DNA, but I was having
problems with my back by then and I had to close the study before it began.
I’ve had about a hundred patients who have gotten profoundly better with
Rife after they’ve reached maximum benefit from antibiotic therapy. You
learn not to close your eyes to things. When things are happening in front of
you, you can’t deny it. You have to listen to the patient, that’s the most
important thing.

I heard that you had back problems:
I didn’t officially have a diagnosis. I did everything... name a therapy and I
did it. It’s a very frustrating experience to go to thirty doctors and not get a
single answer and to rely on your self.

It sounds a lot like what Lyme patients go through.
You get into the debate about what is subjective versus objective. Lyme
causes so many subjective things. If you look at the ILADS guidelines on how
to treat Lyme there aren’t specifics.
On the flip side of the coin, there’s a huge amount of these infections that
are asymptomatic. For example in the Lyme vaccine study, they found that
11% of the people were asymptomatically infected; that’s a lot. Do you treat
these people? There are no guidelines as to what to do with people with a
positive blood test who don’t have any symptoms.

What can Lyme patients do to get the best care?
You have to be your own best advocate, and use common sense. If a doctor’s
using medical terms or words you can’t understand, something’s wrong there.
If a doctor’s condescending or says your symptoms are due to stress and this
doesn’t make sense to you, something’s wrong there. I don’t believe that
stress would cause certain patterns we see with Lyme. For example, if
someone’s stressed out, they may have trouble with sleep. The patterns you
see with sleep in Lyme is that patients fall asleep and then they wake up
every hour and a half or so, sort of like you have a kind of nocturnal ADD -
your mind is flitting from thing to thing. That’s not the pattern you see with
stress. If you’re familiar with the patterns of these illnesses, it becomes
pretty clear that Lyme is a distinct entity that we’re dealing with.

Help us to help you: What should we bring to an appointment?
When a patient comes in, it’s always good to have a written summary. If
someone is having cognitive issues, a written summary will help them stay on
track and stay focused. I’ll have patients read the summary to me and they
often fill in with more nuanced information or things they’ve forgotten.
Everything can be important.

Will we continue to see more strains of tick-borne organisms?
I can’t see why that wouldn’t be the case. Technology has allowed us to
identify new strains and technology will continue to improve. There’s a huge
diversity of life on the planet.

So is technology the way?
Technology is part of the way.

Janet Jemmott is editor of the Lyme Connection newsletter. To receive future online issues, sign up on our Home Page.